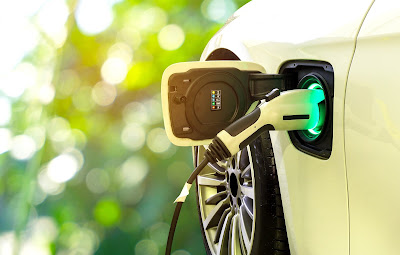 There is no denying that electric vehicles (EVs) are now hitting the mainstream, in terms of  public acceptance and prominence. Indeed, EVs are nothing new and have been around in various guises. Many early vehicle manufacturers, including Henry Ford and Ferdinand Porsche, experimented with electric vehicles in the late 1800s and early 1900s as they were favourably received, particularly in cities where journeys were typically short. Unfortunately, battery costs made them prohibitive in comparison to combustion vehicles, which were also gaining prevalence due to the abundance of crude oil reserves being discovered. Eventually, the EV was consigned to golf carts and milk floats until relatively recently.

There are several factors driving the recent momentum in EVs, including climate change acceptance, new legislation and the rapid advance of technological innovation, providing economies of scale and leading to more general affordability.  The choice of electric vehicles has increased and pricing is becoming competitive against traditional cars.  The Office for Low Emission Vehicles (OLEV) grants are now available for new EV’s and charge-point installations are available for both domestic (the Electric Vehicle Homecharge Scheme (EVHS)) and commercial users (Workplace Charging Scheme (WCS)). An additional ‘carrot’ to aid adoption, which is likely to trigger a surge in demand, is the Benefit in Kind Tax which will drop to as low as 2% as of 1st April 2020.

With each iteration of vehicle released, their ranges are increasing, along with the number of EV charge-points becoming available, thereby helping to reduce range anxiety. However, we are still at the ‘chicken and egg’ stage. Without charging infrastructure, range anxiety continues, and without the vehicles, infrastructure investment is deemed ‘risky’.
Regarding infrastructure, there are several considerations and concerns. EV’s will undoubtedly add to grid demands, but they could also provide a number of solutions. Distribution Network Operators (DNOs) are already ruling out on average, one in four sites (Engenie) and they do recognise the need to provide better visibility of connections and capacity. However, smart charging solutions and the potential of vehicle-to-building and vehicle-to-grid (V2G) could allay these fears, allowing buildings to ‘load-shift’ away from periods of peak demand as well as allowing the end user to commoditise their energy. There are a number of real-world studies currently going on regarding V2G including one by OVO, Nissan and partners involving 1000 Nissan Leaf cars and e-NV200 vans.

Fears of sudden demand surges can be reduced by the implementation of smart charging, (which can be as simple as a timed connection to off-peak tariffs) and it is likely that the reality will be that most vehicle won’t need a full charge every night as the majority of car journeys made are 30 miles or less. There will still be plenty of ‘fuel in the tank’ so to speak when vehicles are connected. It may be prudent for the ‘smart home’, aware of its user's usage patterns, to decide to use energy from the vehicle to power the home, when the owner returns after work (peak time) and then top itself up between midnight and 5 am when demands and rates are low. Changes in future domestic building planning could perhaps, prescribe all new homes to be grid-connected via a three-phase supply, thereby facilitation fast charging of an EV.

There will be a need for changes in behaviour patterns to ease this transition and conversations with existing EV users echo this fact, but when asked if they would prefer to go back to their old fossil fuel powered car or stick with the EV, the answer is almost always the latter.

The EV market is still very much in the ‘Early Adopter’ phase and there is a long way to go until we have full saturation. The use of EVs is expected to increase exponentially as individuals take up the mantle and key industry players such as Mitie, SES Water and E.ON make the leap.
We may be at the start of the collective EV journey, but if successful it will lead to a greener future. There may be a few ‘curve balls’ ahead, mass fuel cell adoption for example, but for the moment the trajectory seems to lay with EVs. There is also the possibility that autonomous transport will be with us sooner than we think, working as a service model with the vehicles being charged on mass out of town thereby making these infrastructure upgrades obsolete but I don’t think society can get to that point without taking these middle steps.