Showing posts from October, 2016
Show All

Looking after the pennies 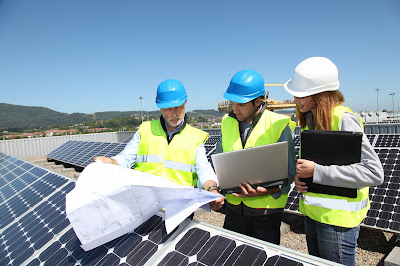 As part of our series looking into alternative sources of energy, we've examined micro-CHP , heat pumps , solar panels and heat networks . This week, we take a different view from Prof. Andrew Geens , who believes the cleanest unit of energy is the one you don't use... Having pledged to join the ranks of countries to ratify the COP21 protocols, and having already signed into law the target to reduce UK greenhouse gas emissions in 2030 by 57% relative to 1990 levels, the Government now finds itself facing a race against time to make some pretty substantial cuts to its emissions. The #Build2Perform blog has featured several articles making the case for alternative methods of energy generation that are greener than our current crop of fossil fuelled power stations, but some of these are just less polluting, not pollution-free, and even wind turbines and solar panels aren’t 100% carbon neutral. They still need to be manufactured and assembled, then transported across the world
Post a Comment
Read more

A meeting of minds 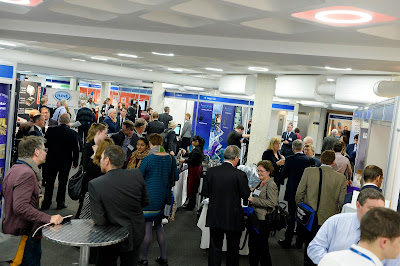 In this week's #Build2Perform blog, we're getting a bonus word from CIBSE President John Field.  As well as his regular Presidential blog, he's written for us about his thoughts ahead of the 3rd Building Performance Conference and Exhibition on 17th and 18th November - how it's relevant, how it ties into the future of building services, and why it's exciting! As CIBSE President one of the biggest and most exciting honours that we get in the job is to preside over a CIBSE Conference. Now in its third year, the Conference is an opportunity to mingle with and hear from some of the biggest names in our industry and grapple with the big issues of the next few years. This year I’m also chairing the second day, in which we’ll be looking at some of the major organisational challenges within the industry such as collaboration and new technology. The most interesting thing about the Conference is that, while it obviously has a big industry focus, we’re also directly engag
Post a Comment
Read more

At the upcoming CIBSE Building Performance Conference and Exhibition , we're going to be focussing heavily on the future of the industry - particularly the ways that new technology can be brought to bear on performance in the built environment; to find easier, smarter and cheaper ways to make buildings perform to their potential in a variety of different ways. This week, we're speaking to two industry experts: Mat Colmer, Built Environment Specialist at the Digital Catapult Centre , and Nick Winser CBE, Chairman of the Energy Systems Catapult , who are giving is their views on technology in the built environment: What's hot, what's not and where the biggest changes are going to come. What are the innovations in technology that will make the biggest impact to the performance of  buildings in the next 15 years? N W :   I’m not sure there’s going to be a stand-out technology innovation, and fifteen years is actually not that long to make a big impact. A new home e
Post a Comment
Read more 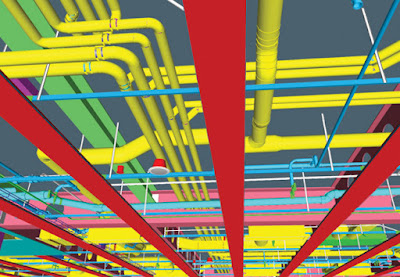 Having already taught us that BIM is a way of handling information, rather than a catch-all term for a specific programme or legal requirement, CIBSE BIM Consultant Carl Collins is back. This time, he's exploring what the different stakeholders in construction want from BIM, and how you can use BIM to help them get it. The world is changing and the construction industry has to change with it. We are increasingly moving from analogue to digital technologies, for reasons of efficiency and transparency. Everybody is trying to lift the lid on digital technologies in the construction sector and the relevance of BIM to our everyday lives. Many presentations and seminars over recent years have focused on the processes and forms of information exchange, but rarely looked at how they can be applied, especially for the bulk of the sector, that work on typical construction projects. The reasons for BIM have been stated many times before, and CIBSE is launching a series of roadshows tha
Post a Comment
Read more

The air we breathe

October 03, 2016
Welcome to the fourth #Build2Perform podcast! This month, we're concentrating on the issue of indoor air quality. What is it, why is it important and what can engineers do about it? I'll be speaking to two experts in air quality, independent sustainability consultant Julie Godefroy and Alan Fogarty of Cundall , to answer those questions and more! You can listen to the podcast below, but you can also find it in the iTunes library and on other podcast apps by searching #Build2Perform if you'd like to listen on the move via smartphone or tablet. We'll also be discussing the podcast on Twitter under the #Build2Perform, and you'll find useful links about what you hear under the podcast below. Indoor air quality is becoming one of the next great public health issues of our time, and is being considered more and more by designers as a fundamental part of the building's health. Overshadowed somewhat in the public eye by its outdoor cousin, more and more rese
Post a Comment
Read more
More posts