CIBSE Inclusivity Panel: “If you build it, they will come” 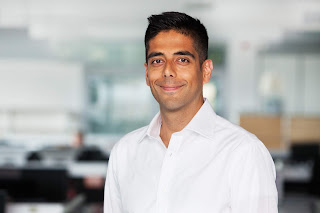 CIBSE’s Inclusivity Panel recently published a set of guidelines to help our members get to grips with a complex but important topic: inclusion. The idea of wanting to treat our colleagues, clients, and industry partners more fairly should be easy to get behind, but practical implementation is a different matter. The guidelines were put together for exactly that reason, and communication is tackled first.

Imagine you’re attending a design team meeting with three colleagues for a new office building project. Try to picture it for a second. Now I’ll ask you to imagine you’re there with your colleagues; James, Tom, and Alex. Can you see them in your mind’s eye?

Now imagine your colleagues are called Fatima, Eniola, and Lakshmi instead. Was one of those scenarios easier to imagine than the other? Depending on where you work, possibly. But in the context of our industry, the chances that you are working with an all-female team of MEP engineers who are all members of ethnic minority communities is just as unlikely these days as being part of an all-male team who are all white with Christian first-names – and increasingly so, wherever you work. Today it’s much more likely your last meeting had all kinds of talented, committed professionals around the table, from all walks of life, so really neither of my two scenarios are that realistic. So why did one image involve a bit more mental gymnastics than the other? (Or did you originally imagine James, Tom or Alex were of Afro-Caribbean or East Asian descent? Or that Alex was a woman? Be honest).

This thought experiment wasn’t a trick or an accusation. Of course, we are all influenced by stereotypes and social norms, and that’s no-one’s fault. But societies change (and will always continue to do so) faster than language and media representation does, and they often take a while to catch up. Who knows when Bob the Builder will be competing against Amina the Engineer for viewer ratings (and if Amina the Engineer rings incongruous to you, take a moment to think about why), but I have no doubt whatsoever that if Amina ever did make it to Saturday mornings, young girls - and boys – across the country would be tuning in just as eagerly.


And to what end, some of you might ask? The pit-falls and oversights of group-think and a “men only” world view are more commonplace – and more worrying – than you might think. If you don’t believe me, read about the struggles of these Austrian urban-planners trying to make Vienna work better for women and elderly people (of any gender), or about any of the long list of disturbing examples in this article where poorly thought out design (and for “poorly thought out” you could read “exclusively male-focused”) makes the lives of half of our population harder, and in some cases even more dangerous, every day. So even if you remain unconvinced, that this is all just political correctness gone too far, you can’t deny that thinking more inclusively when working in the built environment creates better end-results for everyone.

Which brings me back to communication. Blaming society and the media for the state of the industry today might be justified, but it doesn’t change the fact that our communities, clients, and colleagues are an increasingly diverse bunch. How we talk to and about each other needs to catch up to that fact if we want more perspectives and ideas around the table to solve the Big Problems we are all facing in the world today – and in ways that will solve them for all of us. How we talk to and about each other IS in our power, and is something we CAN all do to help bring diminish that gap. “If you build it, they will come”, as they say, and the same is true for language and media. If Fatima, Eniola, and Lakshmi hear their names and see themselves in the world of engineering, they will be around those tables and in those meetings, giving their best.