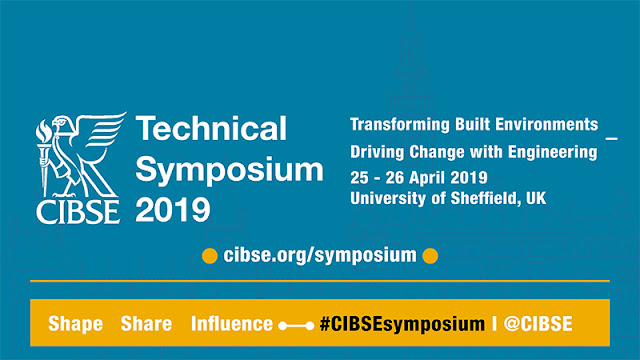 By Stuart Shell, AIA at BranchPattern

Whilst we all agree about the occupants needing to have more meaningful influence on their built environment, it is the infamous operable window that allowed at the CIBSE Technical Symposium 2019 for an exchange of views and practices on an enhanced end-user involvement (and understanding) as a key input in the process of transforming the engineering of built environments. Read his original pre-Symposium thought-piece below.

The theme for this year’s CIBSE Technical Symposium jumped out from the clutter of my inbox: transforming built environments; driving change with engineering. Why does it seem true that we have plenty to learn about driving change? As technical experts, what would it look like for us to be leading innovation in how we use buildings? I’m honoured to be presenting an opinion paper on this topic at the symposium. To prime the conversation, I would like to tackle a contentious subject that’s beleaguered me for years – the operable window. 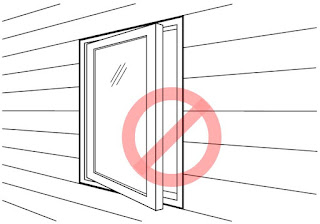 There are dozens of reasons to fear operable windows. If you’re not sure of them, try gathering the project team and asking. You will hear a litany of condemnations. While I have the bias of practising in the US, I would be surprised if some of the protests don’t translate to the UK. Children’s fingers could be crushed, or bugs will get in. What about burglars? Heaven forbid that someone tries to jump out. The pipes will freeze, or the thermostats will go berserk. Windows let in noise and pollution, and they might even start arguments. We can solve any one of the problems with a measure of thoughtfulness, but all of them? It’s overwhelming to the entire team. And so almost every new commercial building today has fixed windows.

Operable windows make what is already a hard job even harder. Every building is a prototype, tailored to fit its site and owner, and all kinds of stuff can go sideways. When there are complaints or failures, the engineer is almost always in the hot seat, even if design is not the issue. These bruises – earned and otherwise – teach us to be conservative and avoid features that could introduce “user error.” Playing it safe is good for business and also makes it easier to operate the buildings. But in an effort to create hassle-free lighting, HVAC, and enclosures, we too often sweep aside one notable factor. It happens to be the whole point of the building in the first place – the occupant.

The one outstanding reason to include operable windows is that occupants love them. It dwarfs all the reasons to exclude them and can assuage the fears of the project team. Unfortunately, the occupant is not well represented during capital planning. They are not there to plead for operable windows – to explain that they will be more satisfied with the entire indoor environment if they can have this modest measure of control. If you doubt the sense of privilege that accompanies operable windows, imagine installing fixed windows in your dwelling. True, it’s difficult to quantify the psychological benefit of operable windows and the associated benefits to health and productivity, but it’s also hard to quantify airborne biocontaminants and circadian stimulus, and yet we try.

The real cost of removing occupants from the design process is that it slows innovation in the built environment. Now that we spend so much time indoors, building services engineering is more important than ever. We are creating the habitat for our species in the Anthropocene. Windows are just the tip of the iceberg. Occupants have a similar relationship with ceiling fans, thermostats, furniture, privacy, soundscapes and access to plants and animals. At every turn, we make decisions about how occupants may or may not inhabit space – inadvertently reinforcing norms of interaction.

I concede that buildings featuring operable windows are more challenging to design and operate. They cost more to build. They may even be more challenging to inhabit. Should we be trying to create simpler, less expensive buildings? With technology like phones and cars we accept increasing complexity and cost. I think buildings with fixed windows are a step in the wrong direction – like going back to flip phones. This is a theme I explore in the opinion paper I will present at the Technical Symposium. It goes into more detail on the role of engineering standards and the impact of neuroscience on building services engineering. I argue that good indoor environments require more, not less interaction from occupants. Advocating for operable windows is one important way that occupants can take action to change their environment. Until we find a way to include the voice of future occupants in our design process, I invite you to speak for them.

Do you have views on an enhanced end-user involvement (and understanding) as a key input in the process of transforming the engineering of built environments?

About the author
Stuart Shell, AIA works at BranchPattern. His presentation on human-centred engineering opened the 2019 Symposium that took place on 25 and 26 April in Sheffield.

Have you attended Stuart’s opening keynote? Share your thoughts and perspective on engineering the occupant experience via @CIBSE I CIBSE Linkedin using #CIBSESymposium

Thank you to all who joined us in Sheffield.