CIBSE in schools: How your expertise can help children 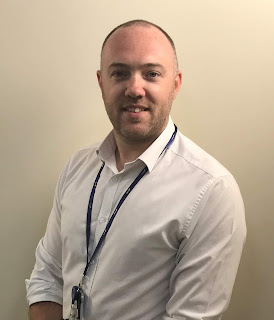 James Collins is an Operations Manager for a national M&E Contractor and a school governor in Wistow, Yorkshire. James became a school governor using the free governor recruitment service provided by educational charity Governors for Schools. Here he talks about why he decided to get involved, and how his experience as a Building Services Engineer is making a difference to children in his community.

Giving back through skilled volunteering
As an Operations Manager, the nature of my job is all about the assessment of costs, risks, projecting and forecasting – a lot of which is what governors are there to do.

I’d never stopped and thought about how a school is run before I became a governor, and I think that’s the case for a lot of people. Running a school is so much more than teaching children in a classroom. It’s about absolutely everything to do with the school – which is why schools need the support from people in a variety of fields.

After staffing costs, many schools’ biggest outgoing is property and maintenance. Technical things like asbestos and drainage reports are sometimes tricky to understand but with my experience I can help the other governors get to the crux of the problem quickly. Conversely, I’m not as confident with the other sides of the role – it can take me a while to get my head around the pupil performance data for example – but other people on the board bring that to the table. I’m there to help with the more technical side of things, and my skillset has helped me become the chair of the finance committee and chair of the Health and Safety committee.


Just like any business, schools need expert knowledge to run effectively
It’s amazing to think about the skills and knowledge you can bring into a school when you work in the engineering field. Being a governor has opened my eyes to the fact that running a school is very similar to running a business – we have to think about finance and HR just like any other company. The fact it’s education shouldn’t scare people off from getting involved – it’s just a different industry.

The biggest challenge we’re dealing with at the moment is budget cuts. At work, it’s all about getting value for money. You learn early on that often the cheapest isn’t the best, and compromising on quality can be false economy. It’s the same at school. I look at what we spend and question whether we could get a better deal elsewhere. broadband – just because we’ve been using the same provider for 10 years doesn’t mean it’s the best deal. A small extra cost all adds up over the years, so it’s worth questioning the norm to see if you can save a few pennies that could be put to better use.

Bringing engineering skills back to school
It’s not the most glamorous example, but our school isn’t on a national drainage system and has a Septic tank instead. Having it emptied frequently was costing the school a fortune because an issue with the tank meant there was no way of knowing when it was full until it overflowed. Some contacts I had from the industry came to assess the problem, we implemented some changes and within two years, we’ll recoup the money we’ve spent fixing it, making it more cost effective in the long run.

A professional development opportunity
I’ve become much more tolerant since becoming a governor and taken the things I’ve learnt back to work with me. No voice is more important than another on a governing board which you don’t always get at work. You might not always agree with your fellow governors, but everyone’s opinions count. It’s using softer skills like negotiating, being open to other viewpoints, and managing general discussions that are helpful to take back to work.

For me, the best thing about being a governor is making decisions that affect the children in a positive way. The Governors recently hired a new headteacher and there’s a real buzz around the school now she’s on board. It’s great to see in the kids’ faces – they’re loving school right now – and it’s rewarding to know that I was part of the hiring process that got her there.

If you’d like to find out more about becoming a school governor or to apply for the role, please get in touch with Will at Governors for Schools at William.durham@governorsforschools.org.uk 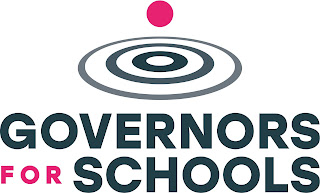