August 25, 2017
With the launch of the new CIBSE UAE region, CIBSE is preparing for a rush of new activity in the area from all over the built environment. We take a look at some of that activity with Society of Public Health Engineering's UAE representative Andy Russell, who reports on the launch of their UAE chapter

After months of planning a SoPHE UAE launch event was held at the Dubai World Trade Centre Club on Level 33 overlooking downtown Dubai on the 8th March. SoPHE UAE was conceived in October 2016 with Andrew Russell of Hilson Moran, Simon Lewin of WSP Parsons Brinckerhoff and Keith Perry of Polypipe taking lead roles for SoPHE in the region. The partnership and collaboration between the three individuals and their organisations will be key to raising the standards of PHE design and profile of SoPHE in the region.

As a landmark in the UAE this iconic building opened in 1979 and the 39-storey Sheik Rashid Tower is featured on the 100 dirham bank note. As Dubai’s first skyscraper it remains a pioneering symbol of international trade and is home to many leading international corporations including CIBSE UAE. A fitting venue for the SoPHE UAE launch evening.

Steve also gave an update on the growth of SoPHE since 2014 with nearly 900 members in 10 regions together with the training and educational initiatives being led by the society. The importance of the Young Engineers Group was also discussed and how the society are looking to develop the engineers of the future. 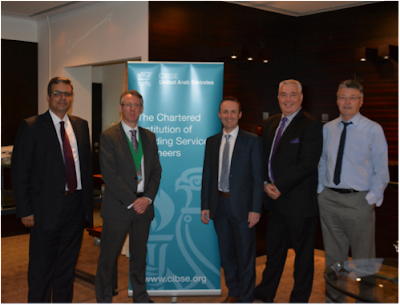 As expected the launch event was well attended mainly by non-members indicating great potential for the future of SoPHE in the UAE so the evening focussed on the benefits of joining CIBSE, Membership options and what SoPHE can offer in the region together with outlining future events within the region.High on the agenda for the new region is a UAE Technical Group to produce technical bulletins and training specifically tailored for UAE PHE design to improve the standard and consistency of PHE design across the region.

Polypipe gave a short presentation to show how they support the society in terms of training and education for public health engineers in the region.The evening concluded in the local McGettigans bar (another Dubai landmark!) with live music, food and drinks courtesy of Polypipe.SoPHE would like to thank Polypipe for their continued support of the society together with their involvement and funding to make SoPHE UAE happen this year. 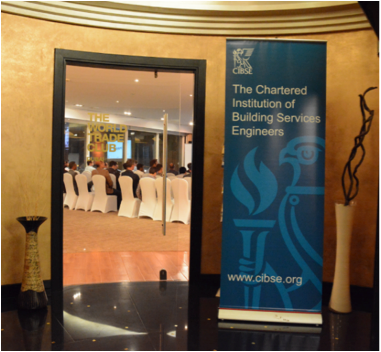