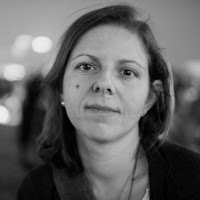 As part of the culmination of a major new project CIBSE has just released its latest package of weather data, which comprehensively updates the old files while adding some new features. Dr Anastasia Mylona, Research Manager at CIBSE, blogs below about what we can expect from the new files

The datasets, produced in association with the MET Office, are based on historical data that has been collected from 14 sites around the UK since the early 1980s and has been combined with  the latest climate projections to produce future weather files up to the 2080s.

Working with the MET Office, whose climate statistics show that the eight warmest years in the UK since 1910 have occurred in the last 14, CIBSE sought to update its existing weather files to take into account rising temperatures.

Using this data, engineers will be able to design buildings that take into account the latest information about local weather conditions. This means that buildings and their services can be designed to be more sustainable, and more resilient to current and future weather conditions. These new datasets are based on the latest Met Office observations and climate projections and aim to provide the industry with an updated representation of current and future weather for their thermal and energy building performance analysis.

The Test Reference Year (TRY) weather files represent a typical year and are used to determine average energy usage within buildings. The weather file consists of average months selected from a historical baseline. The new TRY files are created from an updated baseline of 1984 to 2013 (compared to the previous 1984 to 2004), ensuring that the observed effects of climate change will be included in the selection of the months.

Design Summer Years (DSYs) are used to simulate the effects of overheating in buildings in each location. Recently, probabilistic DSYs were developed for the London area (outlined in TM49) in an effort to replace the old DSY with a set of years which better describe overheating events, their relative severity and their expected frequency. The latest release of the DSY updates the weather files in the remaining 13 locations across the UK using this new methodology and uses an updated baseline from 1984 to 2013 to select the files. There are now 3 DSYs available per location, representing summers with different types of hot events.

This updated datasets are especially important for the building services industry for two reasons. The TRYs now include temperature differences brought on by climate change, which could result in cooling demands increasing whilst heating demands decreasing. A more significant change is that to the DSYs. The new files use candidate years that have warmer, more severe heat events in them, allowing designers to test the upper limits of their thermal design. Even the least severe DSY is likely to be warmer than previous DSY for each location, which will subsequently impact overheating analysis across the whole country.

The release is accompanied by a Technical Briefing and Testing of the new files. The testing of both sets of files highlights the differences between the previous and updated datasets.