A holistic approach to building

September 25, 2015
Earlier this year CIBSE released the first update to its foremost publication on environmental design, Guide A, in nearly a decade. We spoke to the Chair of the Guide A steering Committee Derrick Braham, to find out the whole story behind the changes to the Guide.

What is different about the new guide?

First and foremost, the new Guide A is a holistic and comprehensive update of the old. It’s taken nine years of hard work to achieve, but as our flagship guide on environmental design, it’s imperative that care is taken to ensure all the changes of the past decade have been taken into account. And a lot has changed; from new EU regulations to altered Government targets, new research and new techniques, and these all must be taken into account in each chapter to ensure that there is consistency in the design process.

There has also been a second driver behind the process of updating Guide A: The building services industry’s response to climate change. This is an aim that is baked into the Guide rather than something that can be tacked on, but it manifests itself most clearly in the inclusion of the new Chapter 0, which aims to set out a route map for environmentally conscious design.

Building services engineers are working in a profession for which climate change will be tremendously important in the long run, both in terms of how they affect it, and how it affects them. Research by the Sustainable Energy Association showed that inefficient buildings are costing the UK £12bn a year in wasted heat, not to mention the amount of greenhouse gases emitted to replace that excess. It is clear therefore that action is needed to ensure that new buildings are constructed with standards in mind to cut that waste, and who better to lead the charge than building services engineers? 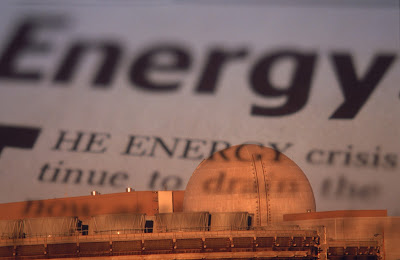 What were the main driving forces behind the changes to the guide?

If the costs to the economy, client and environment weren't enough of a case, there’s the future to consider. A changing climate means changing weather conditions, which may have a huge impact on the future design of buildings, as well as the effectiveness of those already in place. Designers, contractors and especially facilities managers of the future will be left trying to deal with a situation that is very different from our own, in which the current rule book is torn up by greater extremes in temperature, leaving current and planned structures ill-equipped to deal with the new conditions.

There are few professions that have such a grasp on the future of climate change as the engineer. Politicians often have competing agendas, and can only guarantee any particular direction for a maximum of five years – building services engineers in one form or another are with a building for its entire life span. It was with this in mind that we created Chapter 0. Using this chapter and their professional judgement, the engineer has a way of assessing the entire process of designing a building according to the original aims, as well as calculating how to achieve those aims. 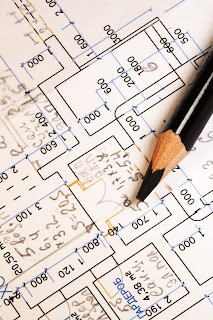 By using this method to design, construct and maintain a building, the engineer is taking responsibility for the impact his profession has on the environment and working to effect positive change. This has been made possible by one of the biggest jobs associated with the updated Guide: Updating the enormous amount of data that goes into producing a leading guide such as this. This includes updating figures from the parameters of human hearing, to mean geographical temperatures throughout the seasons, which all help to better define comfort in the context of environmental design.

What does it mean when you say the update is 'holistic?'

It’s important to remember that comfort is just as much a part of the design process as efficiency, something that can make a failure of even the most ecologically sound building. Designing a building is a fundamentally people-focussed activity, something which an engineer can easily lose sight of under pressure to deliver ever greater efficiency. Unfortunately, the systems in a building that are most often associated with comfort, such as the air conditioning, heating and ventilation, are also often the biggest culprits when it comes to reducing its efficiency.

So when we say that Guide A is a holistic approach to environmental design, we really mean it. When considering the consequences of climate change, Guide A makes an effort to ensure that the building is both efficient and liveable; not a harsh and Spartan slave to efficiency, or a luxurious waste of electricity. This is achieved by providing methods of calculation such as fabric performance, heating and ventilation system sizing and methods for thermal comfort evaluation and energy demand, to ensure that the engineer has as many tools as possible at their disposal to make the right decisions.

The upgrades to Guide A serve to make it the most complete Guide available on environmental design, but they also add a considerable amount of data that will future-proof the Guide for decisions made today that will be felt tomorrow. As a result, it will allow engineers to step up to the plate and really make a difference in design that limits the effects of climate change.
Building Performance facilities management Sustainability