August 23, 2013
Still inspired by @SophiePelsmakers “My Green Deal Journey” here is the second instalment of the commercial Green Deal story on the CIBSE buildings.

Due to non-availability of personnel a second visit by the Green Deal Advisor was required to complete all of the “lifestyle” questions.  This is something that both advisors and clients are going to have to try and manage better going forward.

However, we now have our two Energy Performance Certificates (EPC) and Green Deal Advice Reports, one of each for each building.

The first interesting thing is that despite the age difference and the differences in construction, their ratings were similar.  For the newer Building Services Centre the EPC was a D (81 Asset Rating) and the Victorian Delta House was also a D (88 Asset Rating). This demonstrates that it is possible to retro-fit older buildings to bring them up to a modern standard. However in both cases the EPC states that if they were newly built, both buildings would be B rated (in the thirties.)

In 2002, CIBSE began an energy performance makeover on the buildings as part of the Carbon 60 project, setting a target to reduce carbon emissions by 60%, and the success of that initiative is apparent in the similar ratings.  Details of the Carbon 60 project can be found at: www.cibse.org/content/cibsesymposium2011/Paper119.pdf

The Green Deal initiative could be regarded as the next step in an on-going process of reducing carbon emissions.

It is interesting and somewhat perplexing to note that the main differences are in the Management recommendations rather than the Asset improvements, given that the Green Deal is intended to fund difficult to fund Asset improvements.

For these buildings the situation might be a consequence of the Carbon 60 project with most asset improvements already in place.

The projected annual savings are summarised as follows:

The asset savings are on a scale that is unlikely to meet the Golden Rule for Green Deal funding, although some individual measures might. That is for the Green Deal Provider to determine and is the next step.

In the meantime CIBSE can make even better savings by improving their management of the building.This may turn out to be the biggest benefit to organisations having Green Deal assessments on their buildings.  The law of unintended consequences sometimes produces a positive outcome.

So, the next steps are:
1.    Funding the top three asset improvements from our own resources or
2.  Approaching a Green Deal Provider to see what they can offer... 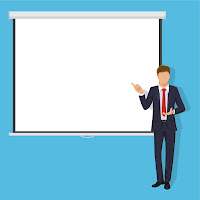